The effect of big data on business intelligence is huge.  And not just in terms of developing markets, building revenues or analysing consumer behaviour.  Steadily, and by increments, it is showing itself to be a huge boom to the back office and operational cost cutting.  Big data and good business intelligence are making big savings for many businesses operational arms. 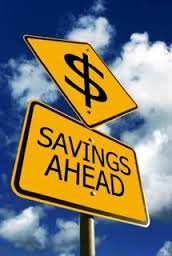 A prime example is Intel, who, since 2012, has used big data and predictive analytics as a means of bringing chips to market faster.  Using its vast wealth of historical data the company has started using that information to streamline its testing at the quality control level.  In a system where each chip can undergo an extensive battery of 19,000 separate tests, this was an area that was due for an overhaul.

Ron Kasabian of Intel is quoted in 2013 as saying, “Instead of running every single chip through 19,000 tests, we can [now] focus tests on specific chips to cut down test time.”  At the time this innovative use of big data was implemented on just a single line of Intel Core processors yet had nevertheless saved a total of $3 million in manufacturing costs.

There are countless success stories like this that seem to float under the radar.  This is for several reasons argues Mary Shacklett, writing for TechRepublic.  Even though there is enormous and largely untapped potential for business to utilize big data and analytics for huge cost savings.

The first reason is that, in most organizations, saving money isn’t necessarily rewarded.  Aside from the occasional ’employee suggestions’ box or C-level initiatives, most of the big money goes to the departments who drive revenue over the unnoticed cost cutter.  The second reason is that there is never enough time to ‘tune up’ support systems.  Most people are employed by a company for reasons other than conducting formal studies of building equipment, and how processes run.  The final reason is that most businesses do a poor job of cost cutting.  Buildings, equipment, and services are often viewed as ‘fixed costs’ that can’t be helped; there is often little thought given to how they can be reduced.

At the end of the day, there are only two ways for a company to build a strong balance sheet.  Earn as much as possible while reducing costs to the minimum acceptable level.  Big data and analytics can be employed productively to really help cut the latter while protecting the former.